Real life monsters aren’t created in a laboratory up in the mountains. They are made in bombed out cities, in streets, in derelict buildings, in alleyways and in burnt out vehicles.They are made with the first child that sees their brother get a punishment beating. We make those monsters.Those monsters are with us everyday. They are us. Sean Knox has faced the brutality of serving in the armed forces. It has made him what he is.

Here, for your reading pleasure is a short extract from Rewind….

To an outside observer they were three fragile leaves bowled violently along on a hot, fierce wind. The three men tumbled loosely in the air, spinning in the vicious eddies and currents that were created by the destructive energy of a bomb. The explosive device had been detonated behind the derelict house door only feet from where they had previously stood. The two British soldiers nearest to the blast were almost instantly torn apart. Their soft flesh was first scorched and then mangled by flying super-heated metal and shards of glass and wood from the door that had exploded almost in their faces. Their pierced, burned, and ripped corpses were flung some 10 meters across to the other side of the road; finally landing on the opposite pavement, to lay in an undignified, wet and smoldering heap that had once resembled two young men. The third young soldier was luckier. 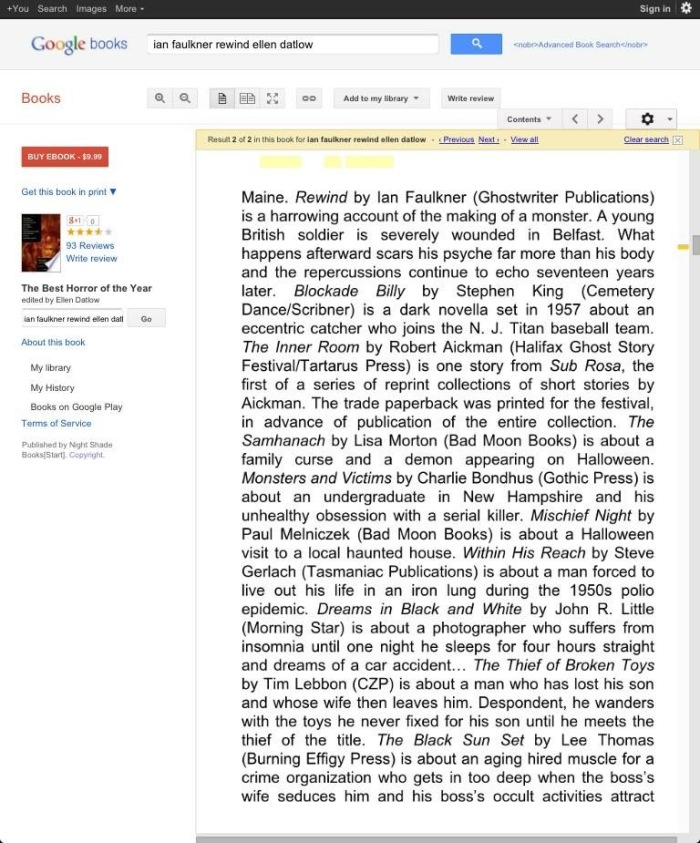 Rewind has been my most popular work in the last few years, earning honorable mentions from people like multi-hugo award winning editor Ellen Datlow and author Jenny Colgan. I am pleased to announce that it will be re-released in a revised edition with brand new forward. More details will be forthcoming later on this year.